What Comes From the Heart 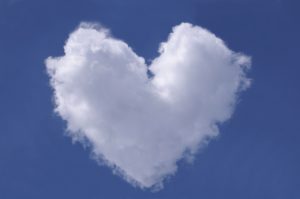 It’s said that what comes from the heart speaks to the heart.  That’s what Jesus’ disciples found out.  Following several weeks of mystical interactions with the resurrected Jesus, they got a big surprise.  In Acts 2:1-4, “When the day of Pentecost had come, they were all together in one place. And suddenly from heaven there came a sound like the rush of a violent wind, and it filled the entire house where they were sitting. Divided tongues, as of fire, appeared among them, and a tongue rested on each of them. All of them were filled with the Holy Spirit and began to speak in other languages, as the Spirit gave them ability.”  The disciples moved from their heads to their hearts.  That’s what Jesus had promised them, but they hadn’t understood.  It took their world being shattered to let go of how they thought it was.  It took the mystical Christ’s reassuring Presence for them to let go into how it is.  On that day of Pentecost they got it that God is the real power in their lives and in this world.  They received the Holy Spirit, God’s active Presence, and their lives took on a radically different meaning.   They started speaking to people’s hearts from their own hearts-and amazingly everyone understood.

Many Blessings to you on this Pentecost Sunday,
Rev. Anna
In the Love and Light of the Christ,